How Lead Health Fosters Flexibility and an Award-Winning Remote Culture

The Lead Health team doesn’t just promote flexibility and personal wellbeing for nurses; they live it themselves. Learn how they deliver an extraordinary experience for all employees, no matter where they work.
Try Haystack With Your Team 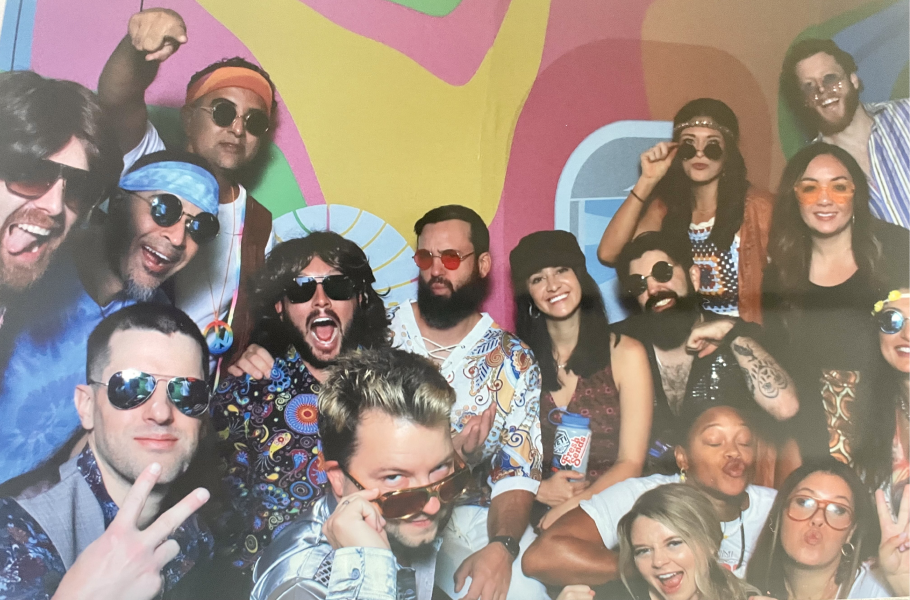 Lead Health helps the heroes of the healthcare world live out their nomadic travel nursing dreams while positively impacting those in need across the country.

Just like the healthcare professionals it supports, Lead Health does a lot to provide its own team the flexibility they need to live their dreams while doing their best work. As a result of its members' collaborative work and client-obsessed culture, Lead Health was just named one of the top 10 fastest growing staffing firms and one of the best staffing firms to work for by Staffing Industry Analysts (SIA).

We met up with Paul LoPresto, Lead Health’s Director Of Business Operations, to learn how Lead Health connects, supports, and engages its immensely successful, 100% remote team.

Asked what his favorite part of being a member of the Lead Health team, LoPresto had more than one thing to share:

“For one, autonomy. There’s a lot of trust from senior leadership that everyone is extremely capable, and that they’ll take themselves to the finish line without having to be pushed. It’s our goal to create that environment of engagement and accountability without needing to micromanage people.

A lot of companies, especially large ones, when they went remote, they didn’t know what to do. They were used to this command-and-control structure of management, and struggled to let go.”

Authentic care for the happiness and wellbeing of the team was another major factor. The Lead Health team doesn’t just promote flexibility and personal wellbeing for nurses; they live it themselves. LoPresto shared a story about a time Lead Health’s CEO, Laban Pattanaik, explained work-life integration in a simple, but powerful way:

“Life is a constant juggling act. You’ve got work, finances, etc., and all those balls are essentially rubber. You could drop one, but eventually it’ll bounce back up. But one of the balls you’re juggling is made of glass. That one’s your life—your physical and mental health—and you can’t risk dropping it even once for the sake of the others.”

To connect every member of its rapidly growing team with the people, resources, and information they need to continue excelling in their work, LoPresto and team adopted Haystack (dubbed Lead Central) as a central hub.

Although the Lead Health team is still in the early stages of its Haystack rollout, you wouldn’t know it judging by their activity level and creative uses of the platform. LoPresto was already finding new ways to expand usage and engagement.

We love to use video, so it’s really nice to be able to embed video from our YouTube channel.

As an organization utterly dedicated to customer success and satisfaction, Net Promoter Score (NPS) is a critical metric for everyone, so bringing it front-and-center in Lead Central was a natural step.

“On Mondays, I used to send out a weekly NPS update via Gmail. Instead, I’m sending it out in Lead Central. Announcements like that, we’re adding to the feed and the carousel, depending on their level of importance.”

LoPresto immediately understood the value of encouraging multiple champions to participate in Lead Central. “I stood the platform up initially,” he mentioned, “but we’re distributing the responsibility of sharing content to departmental owners. Now that we’ve gone live, more and more people want to be involved.”

As Lead Central continues to grow and scale, the team plans to continue encouraging and supporting an autonomous model of content ownership across the platform.

Scaling with the Team

As one of the fastest-growing staffing agencies around, Lead Health found a need for tools to support that rapid growth. “We’re building out all these platforms now to support some really aggressive scaling and hiring goals,” LoPresto explained.

In addition to building out the tech stack, there are numerous content and educational tools the team continues to work on in order to support new team members. “We’re also in the process of developing ‘Lead U,’ which is our university for new hires to help them ramp, grow, and scale with us."While these larger projects are crucial, sometimes smaller, less intensive resources like a company glossary emerge as vital pieces of scaffolding for the team.

In any profession, it’s common to have a number of specialized phrases and acronyms that are unique. In healthcare, you could pretty safely multiply the volume of specialized language by 100. As someone who didn’t originally come from a healthcare background, LoPresto stressed the value of having a customizable glossary anyone can easily access.

From the standpoint of a newcomer, the Glossary is huge. Especially in the world of healthcare, there are so many acronyms and specialized terms.

Now we’ve created the opportunity to share information as you’re exposed to it. And being able to just go in and type in different things you might have heard during a conversation will help everyone understand better—as opposed to going someplace like Google, which is what I used to do when I first started. The definitions you find there might not match. That’s going to be especially beneficial for new hires.”

Lead Health is not a boring company to work at, or team to be around. Even as a remote team, there’s a sense of togetherness and belonging across the board.

I’ve only met one person on our team in person, yet we all feel connected.

Bringing that sense of fun and excitement to onboarding was a natural move for the team. But what does that look like in practice?  “I’m launching a Kahoot game this week to give people a fun way to get engaged,” LoPresto mused, “but in order to win they have to have their profile set up all the way.”

“We really have fun with it. The entire team has custom illustrated avatars now, which adds even a little more personality to everyone’s profile.”

All this talent in getting audiences excited and engaged across external social media platforms translated naturally to Lead Central.

There’s still opportunities to figure out how to take it even further.”

Looking Forward to the Future

Despite current success, LoPresto was especially excited for the future of Lead Central. As the Lead Health team grows, so does its tooling, and the platform along with it. LoPresto’s goal is for Lead Central to become an even more valuable resource for employees by connecting it across more tools.

“That’s one of the neat things about organizations like yours,” he said. “There’s an appetite, and an eagerness to be flexible, not just some big box.”

Asked for a couple pieces of advice for leading an engaged, high-performing team, LoPresto had this to say:

“Practice gratitude. Some companies say it, but we live it. It might be just a quick five-minute thank you about something small, but that has a reverberating impact.

A lot of companies have their core values, but nobody knows what they are. I think the team at Lead does a really good job of practicing and communicating those values—making sure everyone understands what our ethos is, and really lives it. Not only from when you’re hired, but daily—reinforcing gratitude. Create a forum for it.”

As the champion of an engaged and growing Haystack implementation, he shared a crucial piece of advice:

“Don’t overthink it. When we first started the process, I was still new. It was a great opportunity to take stock and see what we did and didn’t have in place.

Working with Alison was great. She was able to help create this flow that took the stress out of it, and you could really just enjoy the process.

Ready to get started?